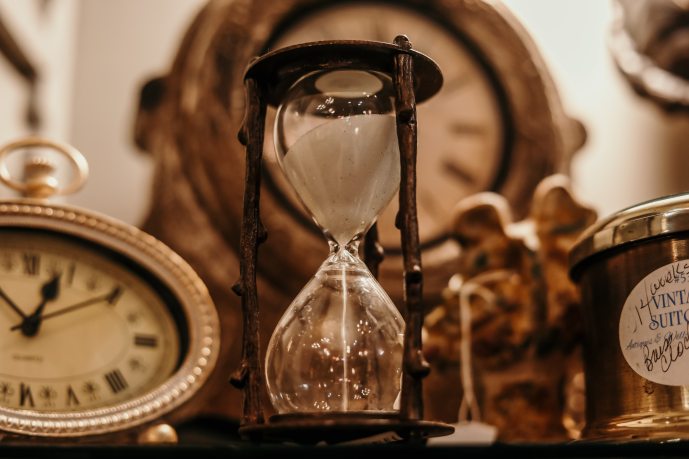 I’ve just had a couple of pretty busy weeks at work, and having to rearrange other aspects of my life around longer workdays, to compensate, has reminded me of that fact.

Last year, I posted about how hectic my post-university life felt, and whilst I do still pack my days with a lot, the situation now is slightly different. Work, chores, my hobbies, and the rest of life still keep me busy, but I’ve settled into something of a routine, which helps make things feel calmer. Right now, things feel even more relaxed because I’m not commuting, or able to have a social life – both thanks to the UK coronavirus lockdown.

However, having a routine in place which I’m comfortable with doesn’t mean I’ve had more free time. Additionally, not having to commute into the office anymore, hasn’t really translated into more free time either.

Since the year began, I’ve consciously made time for my hobbies and interests, and made an effort to keep putting in the work to meet my New Year’s resolutions. When I was still travelling to work, that meant reading books and/or writing blog posts on the train, so that my time at home could be dedicated to those things I couldn’t do elsewhere, like practising guitar.

During the lockdown, I’ve been working from home, but I’ve kept my schedule mostly the same so that I can keep making time for the things I enjoy doing outside of work. It’s been a particular point of pride that I still get up early so I can exercise and then use my usual commute time to write (between my recent surge of blog posting and the busyness at work, I’ve not had the chance to start reading a new book since I finished The Host).

As glad as I am to still be making time for my interests, I can’t deny that I’m a little jealous of people who can take advantage of newfound free time during the lockdown, and are taking up new hobbies, or old ones which had fallen by the wayside.

I’m happy that I’m still employed and working, of course, but I am nevertheless envious of people like my sister, who’s making the most of all her free time, now that she’s no longer going to school. Yes, she’s spending a lot of time watching more TV and playing on the Xbox, but she’s also learning new things around her academic interests and taking up new hobbies. I see her learning British Sign Language (BSL) – something I started doing, only to stop soon after starting my job – and doing yoga – on the mat which I brought during university and then used once. I just find myself wishing I had even more time to indulge in my other interests outside of my current pastimes.

If I had an endless amount of time, I like to think I’d use it to do all the things that ever interested me; learn a foreign language (or multiple foreign languages); explore other forms of writing (like screenplays); learn to play a classical instrument; meditate regularly, to help me relax outside of what I hope would be a sufficiently packed schedule of learning and doing things; and so on. And, that’s not even taking into account the activities and exploring I could do in the wider world.

I think the limited amount of time we have in life is the main reason why vampires have always been the supernatural creatures I’m most intrigued by in fiction. I envy all the time they have to do, and master, just about anything they put their minds to. (I mentioned something to that effect at the end of my book review of Time’s Convert, so it’s not an entirely new realisation.) I’ve even sometimes found myself vaguely wishing reincarnation is a real thing so that I might be able to try new things and take different paths in another life.

One lifetime really isn’t enough to do the whole host of things that seem to intrigue me, and it’s disappointing knowing that I’m inevitably going to have to miss out on something. But, that’s just a part of the human condition, I guess.

As it is, the life I’ve got is the only one I know for sure I’m going to get, so I’ll just have to make the best of it. For the moment, anything concerning the wider world is off-limits, so I’ll focus my attention on where my line of thinking began – hobbies.

Though I do want to explore other pastimes, I’m don’t want to give up any of the time I spend on my existing interests. Fortunately, I have some time that I still reserve for relaxing. Additionally, I’m currently not going out on driving lessons – because of the lockdown – so my Sundays are a bit freer than they used to be.

I’ve been pretty tired lately, due to work and blogging, so I’ve been using my downtime to its fullest, but I expect things will calm damn a bit moving forward. For at least a little bit. With that in mind, I reckon now is as good a time as any to dedicate a bit of time to a new interest.

I realise that doing so is potentially overambitious, and that wanting to take on something new could be a passing fancy provoked by boredom. But I don’t see any real downside to trying and seeing what happens, so I will.

But, to help avoid overwhelming myself, I’ll start small for now and lend some time here and there to a new hobby. If I do find myself quitting, then either it really wasn’t the right time to start in the first place, or I wasn’t as interested in my new hobby as I thought I was. Either way, at least I will have tried. And, if I do have to call it quits because of a lack of time, then I might at least figure out whether I like the new hobby enough to come back to it when I do have more time.

However things turn out, I look forward to trying something new. Even if it’s only for a little while.

One thought on “On wanting more time”